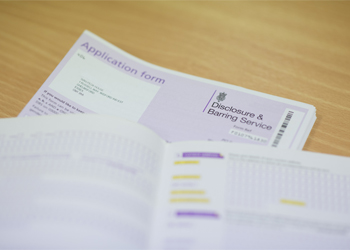 In September 2017, the DBS started processing basic criminal record check applications for a small number of registered organisations with the intention to process from all organisations at a later date. Individuals were able to request Basic Checks from the 17th January 2018.

The first phase was a transition from the service operated by Disclosure Scotland.  This means that Basic checks are no longer available from Disclosure Scotland to applicants in England & Wales. This came about as the legislation regarding the Rehabilitation of Offenders is different in Scotland than it is to England & Wales. The cost of using the DBS online service is £25 if using a DBS checking company the cost could be around £45.

Because of this change, it is really important to understand the differences between the different checks and who can and can’t apply for them!

The standard and enhanced checks are only available to registered organisations and there are stiff penalties for those that try to abuse the system. There is nothing stopping an employer in asking to see a Basic DBS, however, the company should have a written statement on the Rehabilitation of Offenders Act.

Remember DATA PROTECTION do not under any circumstances make or store any copies of ANY DBS check.

One thing I would caution with all DBS especially those online is sometimes there is an error where spent convictions are disclosed by mistake, for example, cautions. Remember if it is spent then you cannot consider it! Since 2013 DBS checks have been filtering spent convictions & cautions. It is illegal for an employer to consider filtered (spent) convictions and cautions and there are data protection issues and consequences if an employer gets this wrong!

Convictions such as Actual Bodily Harm (ABH) and Grievous Bodily Harm (GBH) will always show up on a DBS check.

I’ve covered Oversea’s Police Checks before, but will briefly cover the main points.

One change that has occurred with regards to Overseas Police Checks is that one umbrella/checking company, Security Watchdog (part of Capita DBS) is now able to process overseas police checks. If you recruit a lot from overseas then this may be a good option to consider, if you recruit infrequently from overseas then it may be worth weighing up the costs of using an umbrella company against processing yourself.

NHS Employers have released an online DBS eligibility tool that will help NHS Trusts and contractors determine whether employees need a DBS check. I know from applying for a position with an NHS Trust in the past that you can be given the wrong information, for example, I was told I would need to have a standard DBS check undertaken when it wasn’t the case! The tool can be found at DBS Eligibility Checking Tool